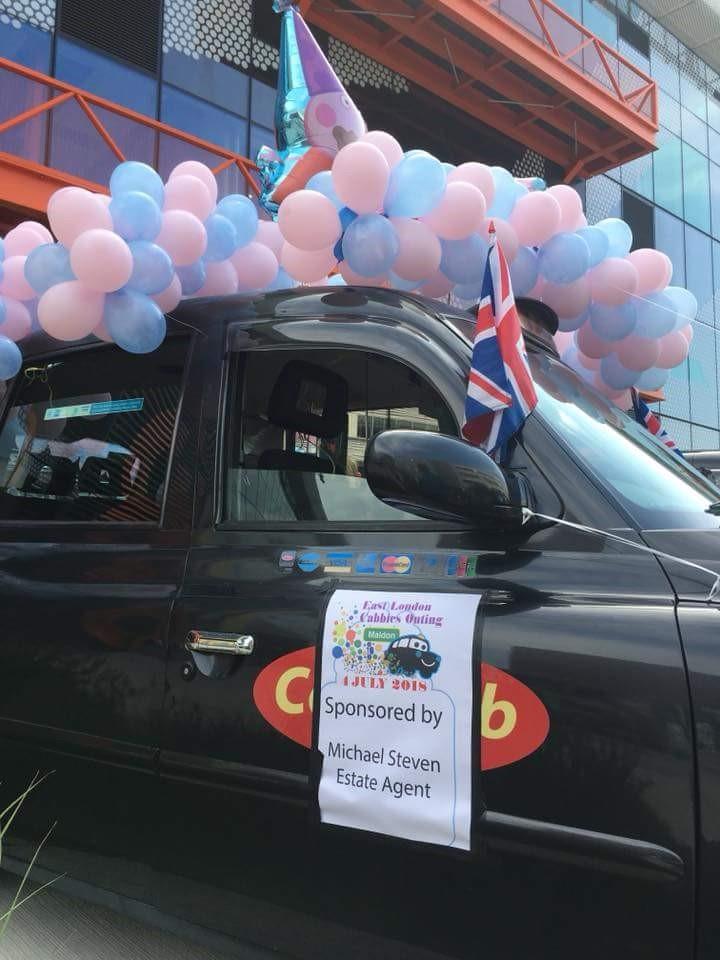 Michael Steven Estate Agents have recently sponsored a brilliant cause to take under privileged and disabled children on a fantastic day out to Maldon. East London Cabbies have been running this event for the last 65 years and had asked multiple companies to join and raise money to have their company logo on as many cabs as they would like!

On the day they started off in Stratford with over 100 cabbies who joined with a full police escort to Maldon, Essex. When driving into the town of Maldon the streets were lined with people cheering, waving and clapping the cabbies through, which made this an unforgettable experience.

Once they reached the last stop they provided food for all participates and entertainment before heading back to London.

Thank you to the East London Cabbies who raised a great amount of money for such a spectacular cause and letting us join this event, looking forward to the next!

Once logged in you can amend your personal details, add/amend/delete email alerts and access your saved properties.

New property alerts are sent to your requested email address at your selected frequency once we publish a new property or a price change takes place.

You can register here!